When Noah thought he would not make it Rafael commanded the waters to be a beacon and a wheel steering the ARK along the shores. The winds raged and Rafael spoke to them as though a compass was at hand.

One day Rafael decided to test God, he and Rafael spoke, In a rage, Rafael stood, “How come we must do all the work, whilst you get to be at peace, and simply watch.

Rafael: Father I feel forsaken, watching all the people love, but I, I only get the chance to help them see it in themselves.

God began to lean against the pillars with his Hands, Rafael, My son, My purpose…

NO, I will not have this anymore, Rafael removed the chalice from his neck! God anointed him and spoke, Be well as the tears from his eye fell into Rafael’s. Rafael begins to fall into a deep sleep. As he fell, his spirit fell on a Guy named Mike. Mike had lost his job, Top Executive Producer of his own show.

Mike Began to feel a great source of energy flow through him.

Within 60 seconds Mike had come up with an Idea for a new show called the Ark. The show was a direct depiction of Noah and his ark. It was a successful run and had even won an Emmy Award. However, Rafael was not satisfied. His spirit left that of Mike and Into a woman who’d claimed to have supernatural powers over water.

She’d written several books and had felt that God had finally given up on her. On the verge of committing suicide, she checked herself into a mental institution. That night she saw a vision into which her body was submerged in water along with all the other Patients at Crenway Plaza of Psychological Studies. It was almost as though she could feel her lungs fill with the salted ocean water.

Indeed her vision had come to past. She heard a voice speak to her and a hand pull her through the water, I am with you always. She then begins to send the water through the air. and The other patients followed.

She emerged from the water. soaked and exclaimed. I saw the face of God. It was that of pure light and radiance.

Somehow the water being submerged with bodies had cured several of the other patients. They then began to chant, I can do all things through Him who wills his strength into me. The earth began to shake, all the patients ran just out front where resided an ocean. Allison stretched forth her hand and the raging waters ceased. From that day forward no one approached her with disbelief. Because she knew one thing, God was with her. Rafael’s spirit Parted from Allison. He smiled at Allison, Even though she could see him so clearly, she simply smiled and passed out in the sunlight. Which Rafael had flown into, leaving only a rainbow.

Allison became a painter and a Healer and Empowered others around the world. She got her Victory! She felt whole again. What is the Moral of The Story?

Thanks for understanding that, as a Priestess, I do not appreciate, thieves, liars, and backstabbers. So to visit this page or any other content on this site/email/page for the purpose of Inhabiting/taking/infringing on what does not rightfully belong to you is to provide permission to work against you with the spirits to bring justice to the situation as they see fit. Always acknowledge the rightful owners of this website and all other writings from the author and may you be blessed for doing so.

Thanks for being respectful by including all links and resources and author in your sharing of this article, while citing your resource for said information, Thank you for not using such information for your own personal financial benefit, as this information is excluded from sharing through commercial use -quornesha.com
The Above interpretation is a reflection of what it means to me, to join me and receive interpretations unique to you, requestYou can learn about your abilities in an hour session, and consecutively follow up with as many sessions as possible to fully awaken your own abilities in order to tap into the meanings and interpretations of your own dreams, and the signs all around you!  There’s no course material, as each individual and their purpose is unique. Also, this ensures, you are learning what is vital and necessary for you, not what is in ‘general’. You can heal and gain knowledge in a single session, or at least begin your journey to awakening. ©
Quornesha S. Lemon
424-283-2787
Multi-Dimensional Spiritual Professional
www.powerfulmystic8.com
Rituals| Reiki| Rootwork
angel storiesCreative Writingempowermentencouragementfallen angelHaitian Voodoohealerinsightmediummoral of the storyPsychic Medium Quornesha S. Lemonquornesha

Thank you for Sharing With All Due Respect! 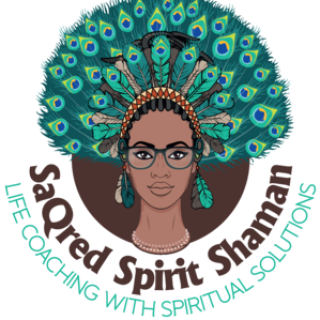 Greetings, I am Quornesha S. Lemon born on 8/28/88 under the Virgo/Scorpio and Dragon Signs| I am a Shaman, Transpersonal Life Coach & Author, with Many spiritual powers and abilities of the highest calling. Which Include Mediumship, Intuition, Healing, Transformative Therapy, Spirit Work, Egyptian Healer, Divination, Animal Messenger, Channeling, among so much more. I am also a spiritual educator. Welcome, and enjoy the website. Readings, Rituals and other spiritual services are offered, please utilize the contact form for fees. Blessings & Ase! ♥ P.S. My life has changed so much since I've started this blog. I am now a mom, wife, and multi-business owner.

I am Illuminating the Way for Souls

Can’t find what you are looking for? Look it up here!

In this reading, you will receive information from spirit in regards to a dream symbol you may have received via sleep, waking life or visions. Please send contact information. Thank you!

Show your support by contributing what you can, all amounts are accepted and appreciated and go toward the continuation of having the site available via public view. Increase increments in order to donate more.